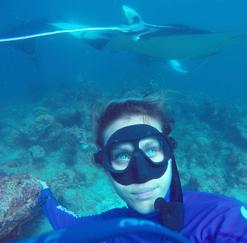 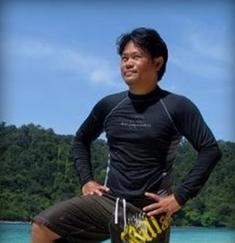 Talya Davidoff is a marine biologist from Cape Town, South Africa. She studied at the University of Cape Town and went on in the field to specialize in Marine Apex Predator behavior to work with Great White Sharks.  Since moving to the Maldives, she has acted as marine biologist at Anantara Kihavah Maldives, where she has assisted Coral Reef CPR efforts at reef rehabilitation ,through the HARP Program.

Talya assisted with the establishment of coral nurseries and was instramental in conducting maintenance and clean-up.  SHe also helped with the SEA restoration project.

Kittipan Sabkhoonis from Southern of Thailand. He holds the MSc of Zoology from Prince of Songkla University. Kittipan has conducted and taken part in artificial reef assessments, The Royal-initiated Coastal Resources Rehabilitation Project and part of trans-boundary marine protected area management Thailand- Myanmar with IUCN as a research supporting team, coral reef and sea fan restoration and the Tsunami Recovery Project. He is currently working with both government and local community in Thailand to save marine endangered species and their habitat in the Andaman Sea at Maikhao Marine Turtle Foundation in Phuket, Thailand.

Kittipan joined the team of Coral Reef CPR scientists in the Maldives in August 2016 to assist in coral reef protection and rehabilitation project around the Anantara Resort as an international volunteer. 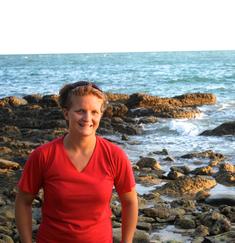 Katie Bimsonis a marine ecologist from the United States. She holds a BSc in Marine Biology, and is currently working on a MSc in Ecology at the Prince of Songkla University in Thailand. Katie recently received a funding grant from the National Geographic Foundation for Science and Exploration to support her Master’s thesis to develop a coral restoration ecotourism project in collaboration with the Mai Khao Marine Turtle Foundation at the JW Marriott in Phuket.

Katie has joined the Coral Reef CPR team in the Maldives several times to assist in coral restoration efforts.