What's most scary is that these researchers also suggest that other chemicals in sunscreen, including methoxycinnamate, camphors and even certain forms of zinc oxide and titanium oxide can be toxic to corals, fish and other reef organisms.  According to their studies, even some sunscreens that are certified as organic may not be entirely safe, as certain plant-based oils found in some brands of sunscreen - such as neem, eucalyptus and lavender oils - are also used as insecticides.  Another component, beeswax, may be relatively harmless in a pure form, although it may be contaminated with industrial fungicides and insecticides.

The ingredients of  a popular sunscreen brand: kids sensitiive vs. adults 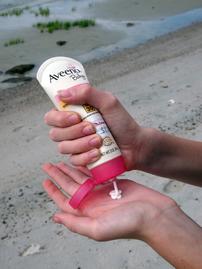 The reefs that are most contaminated by the chemicals found in sunscreens may be those that have the largest numbers of swimmers and snorkelers - those in high tourism areas. The chemicals in sunscreen can enter the water in other ways as well.  Certain sunscreen ingredients, such as oxybenzone, are absorbed through the skin and can be detected in urine within 30 minutes. Besides flushing the toilet, sunscreen washes off your body when you shower, entering the sewer and can possibly be discharged onto the reef. By some estimates, 4000-6000 tons of sunscreen enters coral reef areas each year!

Want to buy your own alternative sunscreen? Click here!

There has been a lot of recent media about the harmful effects of sunscreen to corals. Sunscreens contain a number of chemicals found to be toxic to corals and their larvae, at very low concentrations.  Of most concern is oxybenzone, one of the most common ultraviolet blocking chemicals in sunscreen.  Scientists have found that concentrations that are seemingly undetectable - as low as 62 parts per trillion - can cause a variety of pathologies to corals. This chemical can induce coral bleaching by lowering the temperature at which corals first become stressed. It also triggers damage to coral DNA, can induce lethal deformities, and it can cause a coral planula (larvae) to encase themselves in a skeleton, at a time in its development

when it shouldn't even produce any skeletal material. 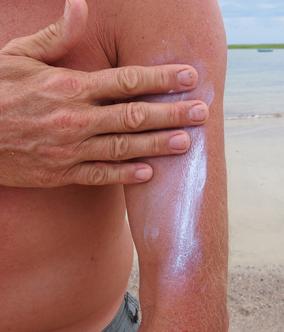 While this news may be extremely distressing, it's important to keep it in perspective.  First, you can take steps to minimize the impacts.  Second, sunscreen pollution is a much lower threat to reefs as compared to more egregious direct human impacts such as overfishing and destructive fishing, land-based pollution associated with runoff, sewage and industrial discharges, and increasing sea water temperatures and ocean acidification due to climate change. Third, considerable water movement within most reef systems from waves, currents and tidal flow is likely to dilute these contaminants, minimizing their exposure to corals.  Most of the studies that demonstrate toxic effects of sunscreen were done in the laboratory or in a "closed" system with corals placed in bags containing seawater, under much more stressful conditions than what they'd normally experience in the wild.

We know the chemicals in sunscreen, like many other chemicals, are harmful to corals and other reef organisms.  By minimizing the use of sunscreens containing oxybenzone, and choosing alternative mineral-based sunscreens, you will still be protected from sunburn while using a product that is more environmentally friendly.  You can also reduce the amount of sunscreen that washes off your skin by applying sunscreen well before you go into the water, instead of immediately before swimming or snorkeling. Most importantly, you can reduce the amount of sunscreen you need to use by covering up with a rash guard, wetsuit skin or other sun clothes designed to reduce UV exposure.  Oxybenzone-free, mineral based alternatives are now available.  MarineSafe, a non-profit based in the UK (www.marinesafe.org) is working to further advance the development of environmentally friendly sunscreens through a certification system for these and other non toxic personal care products. Another eco-certification system has emerged through the company Marine Positive (www.marinepositive.com/). 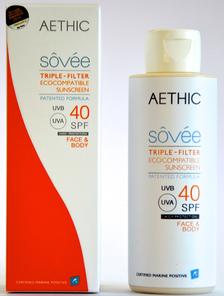 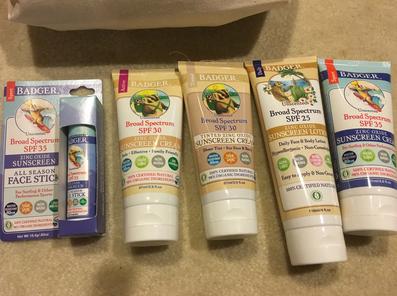