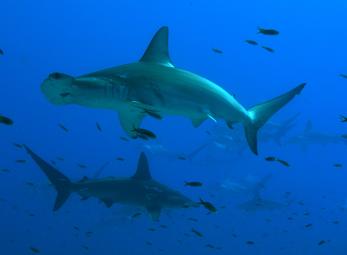 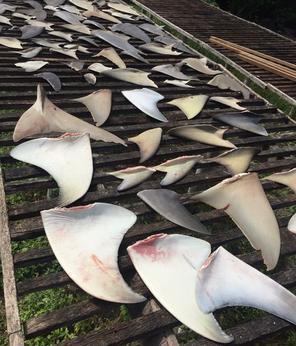 Sharks have a number of amazing adaptations.
Their cartilaginous skeletons are less dense than bone, requiring less energy to swim

Their muscles attach to both their skeletons and skin.  This allows their skin to transmit more force to their tail, helping them swim faster

Sharks have teeth like scales called dermal denticles coated with an enamel-like compound which makes the skin a tough shield.  The structure of denticles varies across their body, reducing drag

Sharks produce up to 50,000 teeth in their life.  They lose a tooth every week, preventing cavities and keeping them razor shark.  Their teeth vary depending on the species, which enables them to live in different regions in the ocean and target different prey.  Some sharks can launch their jaws out of their mouth.

Sharks have unusual sensual perception.  They can smell a few drops of blood and can hear sounds from up to 800 m away.  They can hear low frequencies, including dying fish.  They also hunt using electromagnetic cells, allowing them to detect fish movements.

Some sharks are also warm-blooded, allowing them to swim faster, remain alert in cold water, and develop offspring in a shorter time frame than a comparable cold-blooded animal. 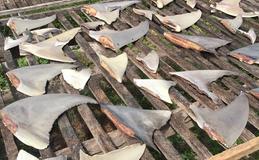 Sharks in the Maldives 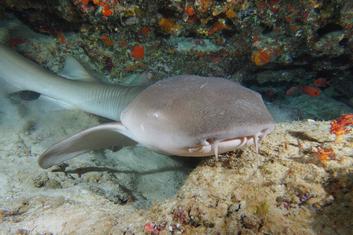 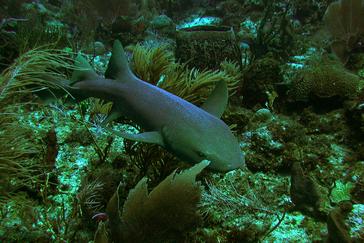 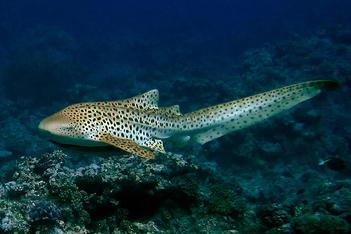 Finning is the largest threat, decimating shark populations.  There has been a 60-90% decrease in shark populations over the last 15 years, with up to 100 million sharks killed each year for their fins.

Shark finning is extremely cruel. The fins are sliced off the live animal.  The sharks can no longer swim without their fins, and they fall to the bottom of the sea and become prey for other animals

Shark fin soup is a status symbol in chinese cuisine and it costs up to $200 a bowl. Shark fins are thought to have medicinal benefits, yet the cartilage is very high in mercury. One pound of dried shark fin sells for up to $300 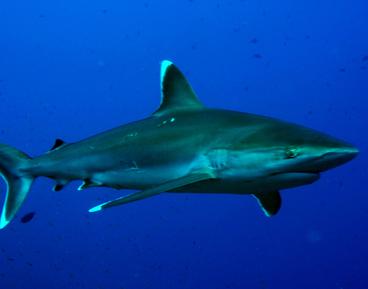