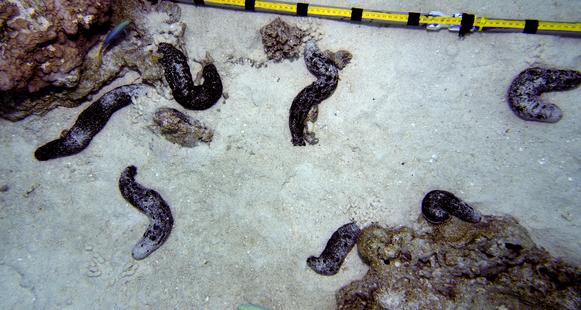 Historically densities of sea cucumbers were very high, like that shown on the left.  They are quickly depleted from shallow water and fishers progressively fish deeper, increasing their risk of injury and paralysis. 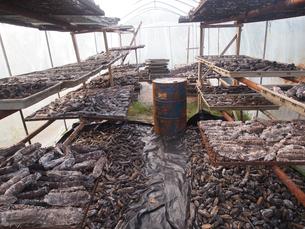 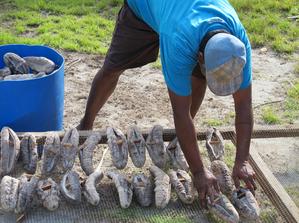 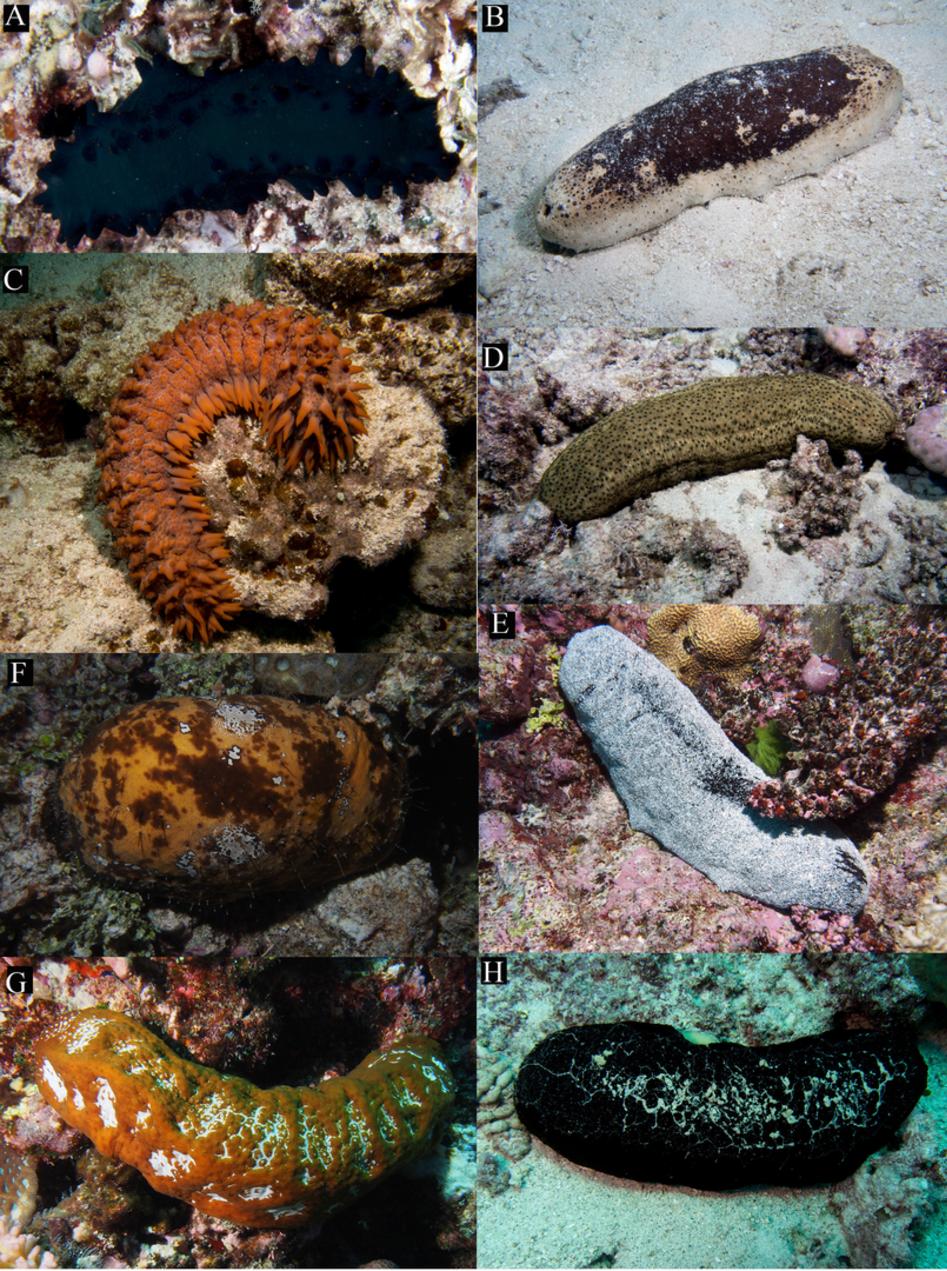 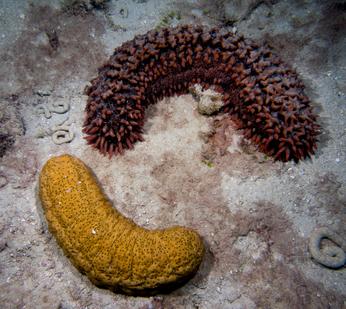 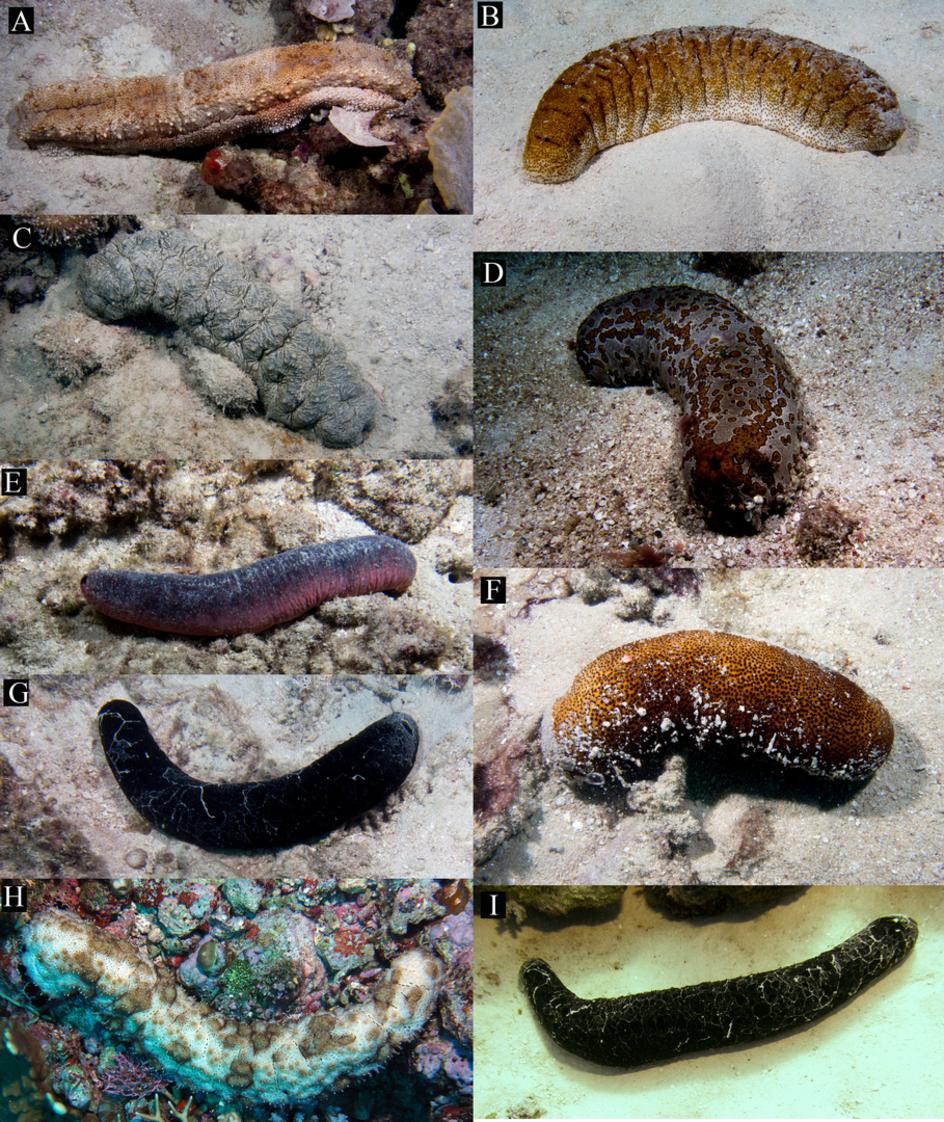 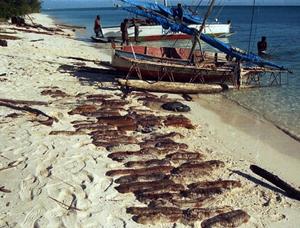 The dried product, known as beche-de-mer or trepang, is rehydrated and eaten for its health and medicinal benefits, including .healing properties, joint ailments, urinary problems and certain cancers. Sea cucumbers are high in protein, and contain important amino acids and certain bioactive components (mucopolysaccharides and chondroitin sulphate). Sea cucumbers are also a delicacy  and are of cultural importance in China and Hong Kong. 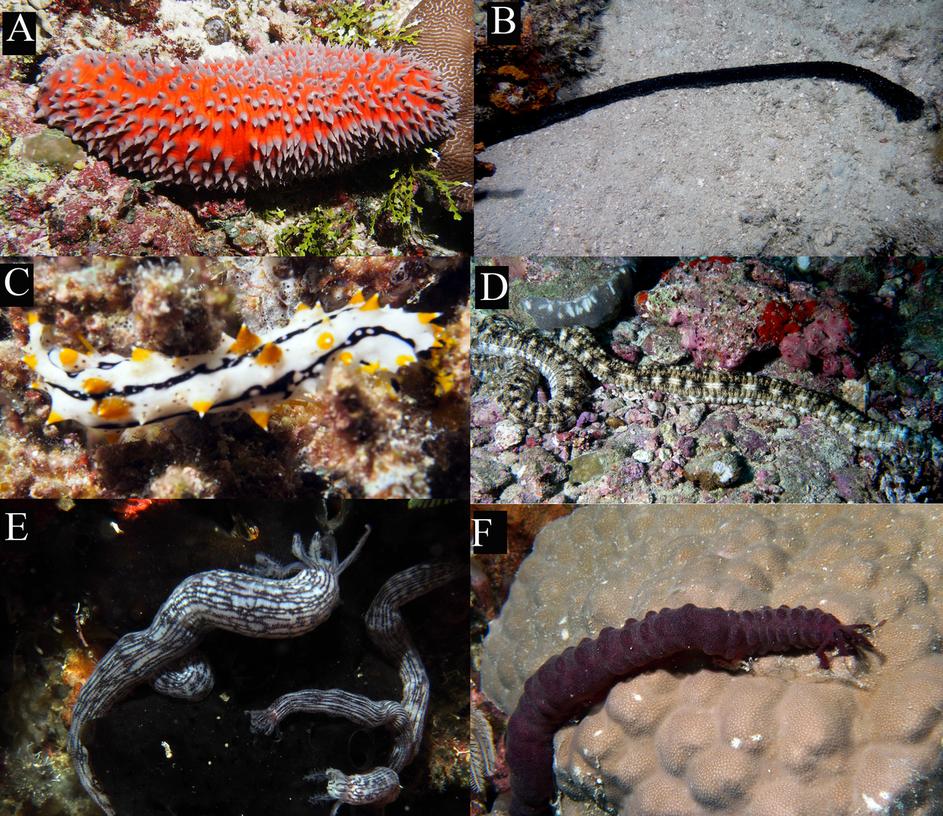 After being collected from reefs and soft-bottom habitats, sea cucumbers are processed. Processing generally involves cutting and gutting the animals, then cooking, salting, smoke curing, and drying.

Sea cucumbers are holothurians which represent one of the five classes of echinoderms.  There are around 1500 species found in all oceans from polar to tropical regions.  These animals are critical to the health of reefs and associated habitats as they ingest sediment, remove organic material and bacteria, and excrete clean, aerobic sand.  Loss of sea cucumbers has been associated with hardening of sandy areas (and loss of species that live in the sand) and increases in cyanobacteria and harmful algae.

Approximately 20 species of sea cucumbers have been fished for more than 170 years in the Indo-Pacific. Recent exploitation in many Pacific islands is characterized by boom and bust cycles that have led to depletion of stocks and closure of fisheries.  Today, over 50 countries harvest around 15,000 metric tons (dried) of sea cucumbers per year.