All organisms used in the restoration would have otherwise died.  They were injured, abraded, or detached from the reef and being buried by sand or deposited at the base of the reef.  Corals with disease and coral eating snails were also collected and diseased portions of the corals and snails were first removed.  Coral and anemone-associated fish such as humbugs, chromis and anemonefish were transported with their host.

In July/August 2017 we completed Phase II, building a new reef adjacent to the restaurant. Phase III will begin in November 2017.

In February 2017, we completed Phase I of a restoration of the habitat surrounding SEA underwater restaurant at Anantara Kihavah, Baa Atoll, Maldives.  Original condition before (left) and restored habitat (right) 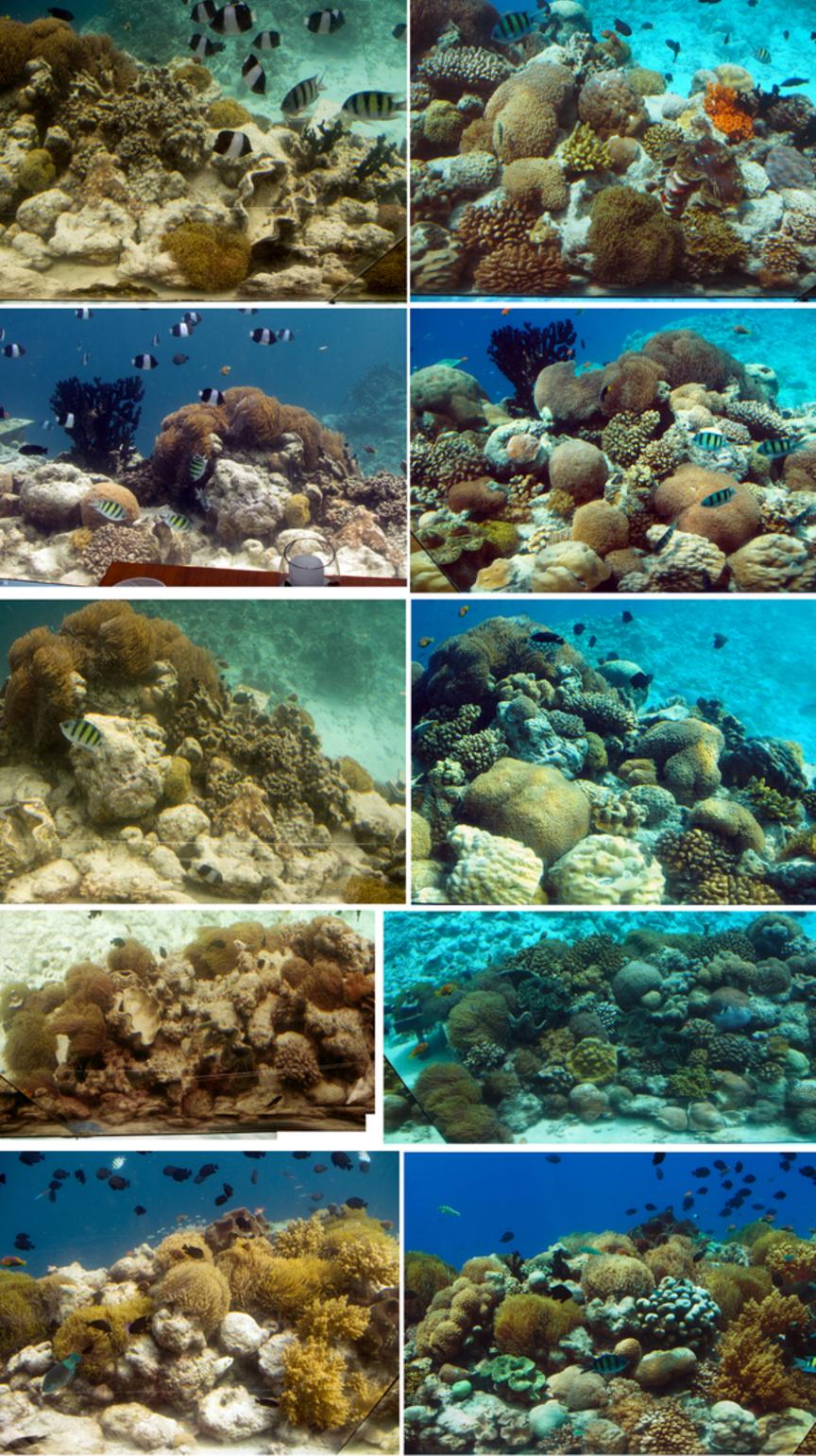