​​Mangroves are restricted to tropics and subtropics.  They are absent from much of central and Western Pacific where reefs thrive, and very sparsely distributed in arid regions of the northern Red Sea and Arabian Gulf; also absent from most oceanic atolls.  They currently cover about 24,000,000 hectares.  There are 12 genera in 8 different families. 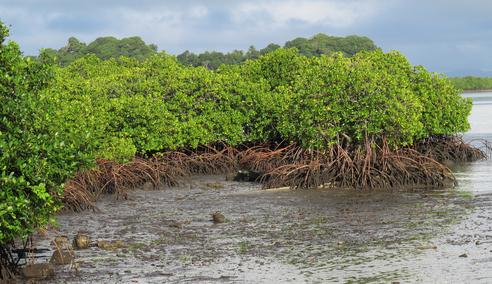 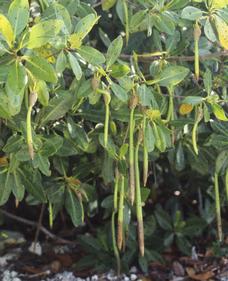 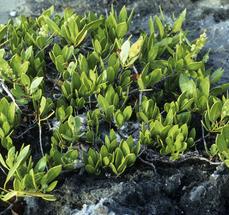 Their growth controlled by rainfall and freshwater input, the tidal range, salinity,  wave energy, and sediment composition.  They tolerate a wide variety of temperatures and salinities, but not where freezes occur more than twice per year.

The Red Mangrove produces seeds that germinate and grow 6-12 inches while attached to the tree (viviparous seeds; center and rigth).   These seedlings (propagules, or sea pencil) are basically a long tap root topped by a small bud. If they fall off at low tide the tap root will spear itself in the much and grow there; if it falls off at high tide it floats, the root tip absorbs water, causing it to turn upright.  Large seeds of black mangrove (left). 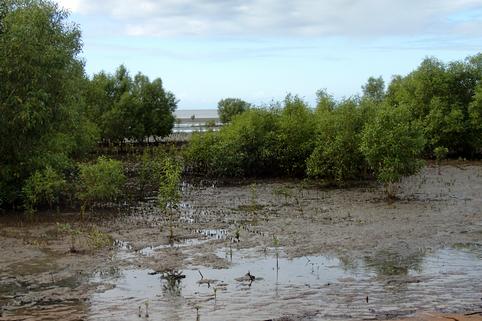 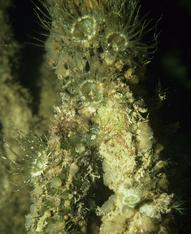 Mangroves support genetically diverse communities of terrestrial and aquatic animals, many that are of high environmental, economic and social value. Mangrove channels and prop root communities are important nursery areas for groupers, snappers, lobsters, crabs, mussels and oysters and other valuable species. 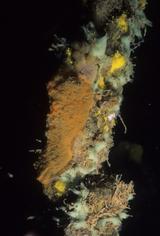 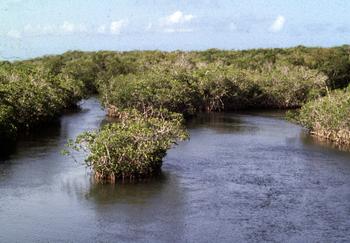 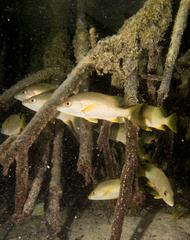 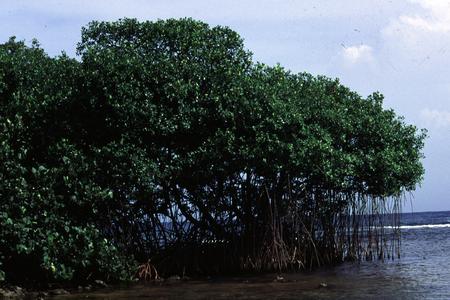 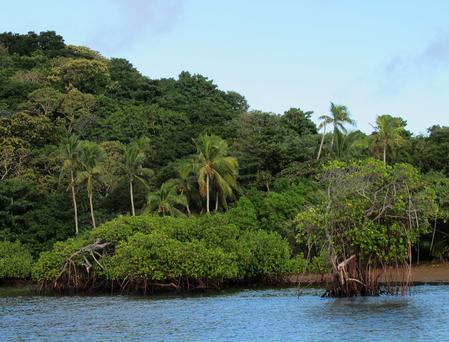 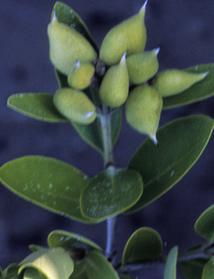 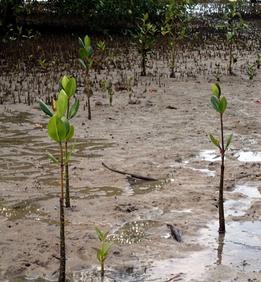 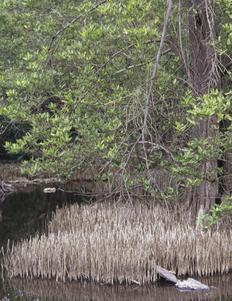 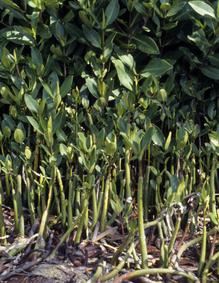 Some species have salt glands at the base of their leaves  excrete salts as they take up seawater. 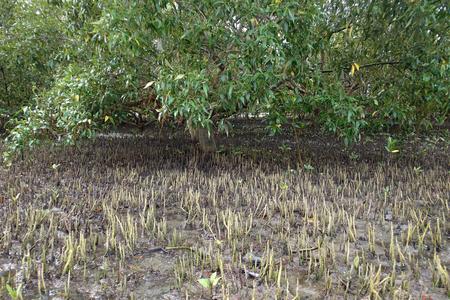