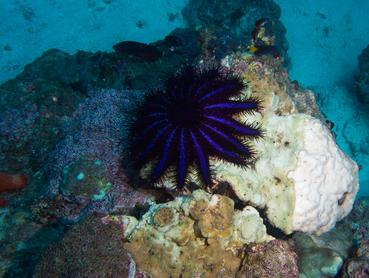 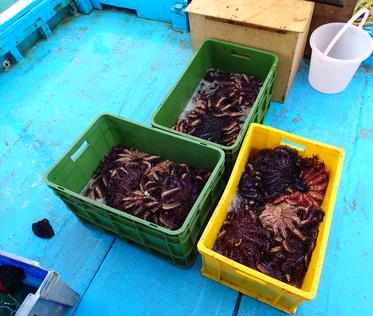 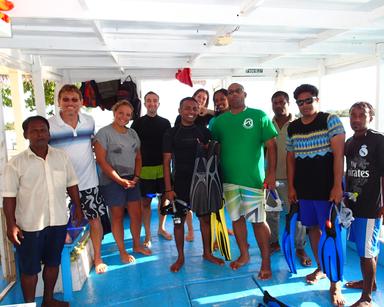 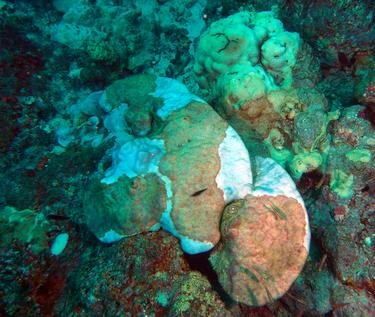 crown of thorns starfish (cots) in The maldives

Watch a video on COTS removal

Since 2014, crown of thorns starfish (COTS) have devastated numerous reefs on North Malé Atoll, South Malé and Ari Atoll. Large scale efforts have been undertaken to control these voracious coral predators, with over 85,000 animals removed or euthanized to date. In October 2015, we undertook a similar  effort  on South Malé Atoll, removing about 7000 animals in attempt to prevent the equivalent level coral destruction. Fortunately, only three reefs were severely impacted, and re-examination of these reefs in January showed promising results.  Very few starfish were seen.

In April, whilst surveying our permanent stations around Dhigu, we did identify one localised outbreak of COTS within a lagoonal reef. This small patch reef had been targeted during a visit in October, when over 1,300 starfish were removed. We were surprised to still see starfish in April, but relieved that high densities were not apparent on any other reef we had surveyed or dived.

The COTS had obviously remained active, consuming many of the corals which had been alive in October.  The reef was mostly a graveyard of skeletons, with few preferred branching corals remaining. On the deeper reef slope there were still many larger massive and plating corals, especially those species the COTS tend to avoid such as the boulder corals (Porites lobata) and   column corals (Porites rus), and an unusual honeycomb coral that is relatively common here (Gardineroseris planulata).   Most of these corals were severely bleached, yet feeding scars from COTS were common and dozens of COTS were out in the open, feeding on these corals.   We observed most of the starfish below 20m depth; perhaps they were trying to escape the hot water temperatures?

We decided that it was a high priority to remove these remaining starfish to ensure that the remaining corals has the best chance possible to survive post-bleaching, and the starfish did not migrate to the neighboring patch reefs. Adding localized stressors to these stressed corals could inhibit recovery and natural re-population of degraded reefs.

With a team of willing volunteers from all departments of the Resort; we spent two days snorkelling and diving the reef. We removed approximately 400 COTS, taking samples of their tube feet for genetic analysis. As always, without the support and enthusiasm of Resort staff these removal efforts would not be as successful!

During 2017 we started seeing a secondary invasion consisting of smaller animals, including some as small as 3 cm.  We have continued to remove these, and are implementing a large COTS removal effort in partner with Carpe Diem in May 2016 to address the three most severely impacted atolls.