Large parts of the Caribbean experienced widespread bleaching in 2005. On some reefs, bleaching was recorded to depths of 30 m or more, with stands of certain deep water species such as plating Agaricids (right) experiencing severe bleaching.  In many areas, they were able to recover within 3-4 months.  The same coral is shown during the peak of bleaching (left) and after recovering (right)

Parts of the Caribbean bleached again in 2009 and 2010, devastating some areas. 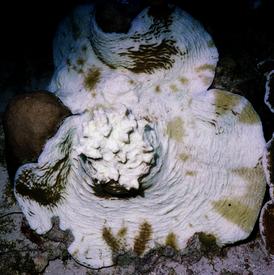 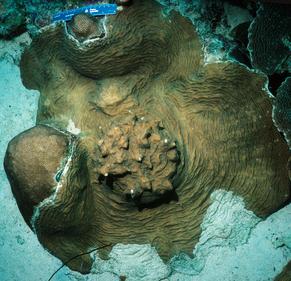 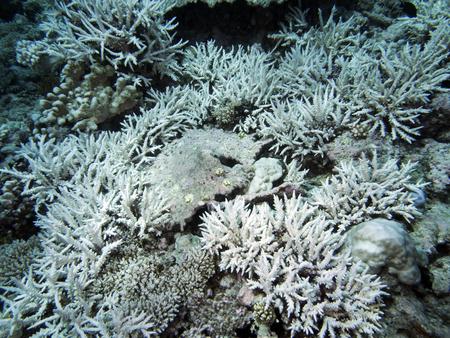 Reef-wide bleaching is a relatively recent phenomena, occurring since the 1980s. It wasn't until 1998, when a particularly strong El Niño caused the first ever global bleaching event which resulted in massive damage to corals.  Among the worst hit, certain reefs in the Indian Ocean lost 70-90% of their corals and recovery took over a decade.

This Agaricia colony (lettuce coral) bleached and then recovered

Reef building corals are animals that have a symbiotic relationship with single-celled algae (dinoflagellates) called zooxanthellae.  These algae live within the tissue of their coral host, providing key nutrients, removing waste products, and helping the coral lay down its skeleton. In turn, zooxanthellae receive nutrients they need to survive and a safe home within their coral host.

Water temperatures where corals live are optimal for their normal physiological processes, so a very minor increase in temperature - only 1-2 degrees C above the normal local seasonal temperature - can induce bleaching.  Bleaching occurs when the corals expel their symbiotic algae in response to stress.

Corals can withstand mild to moderate bleaching, recovering when temperatures return to their normal levels.  However, severe temperature extremes or prolonged and repeated temperature changes can result in coral mortality.

Most corals are susceptible to bleaching, but their threshold varies.  Even within a single species, certain colonies may be more likely to bleach than others, as shown here 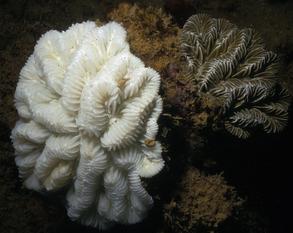 High water temperatures associated with El Niño caused severe bleaching event in parts of the Indian Ocean in 2015.  All of the corals here turned white, but they survived.

​​Many coral reefs in the Indo-Pacific bleached in 2015, and again in 2016 due to a particularly severe El Niño that lasted over two years.    Reefs in the Indian Ocean experienced widespread bleaching in 2015, but most recovered.  Alarmingly, in 2016, reefs in the Maldives and Chagos lost 50-80% of their coral - shallows are now largely dead due to the high mortality of branching and table acroporids.  The northern and central Great Barrier Reef, Australia bleached severely in 2016, and again in 2017 affecting some of the same reefs as well as locations that escaped bleaching in 2016.

See more in our bleaching gallery