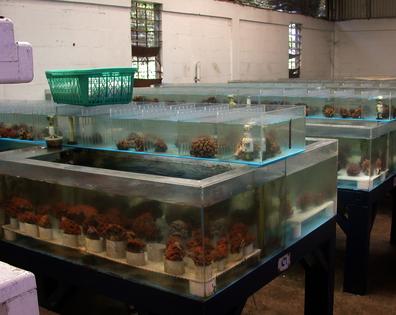 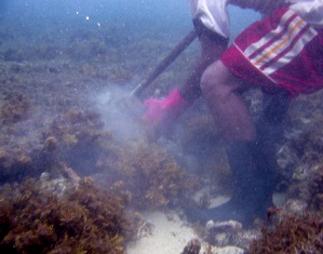 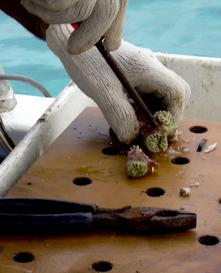 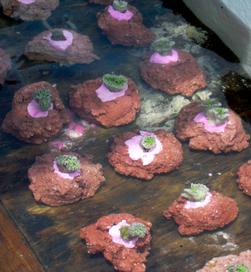 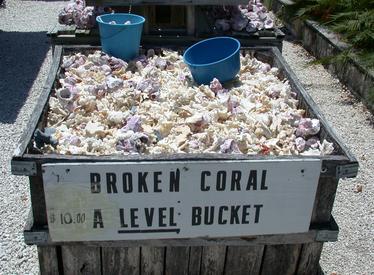 Live rock extracted from the reef with a crowbar (left) , washed and packaged for export to the U.S.(right). This causes loss of important habitat and increases erosion to the reef and coastal areas 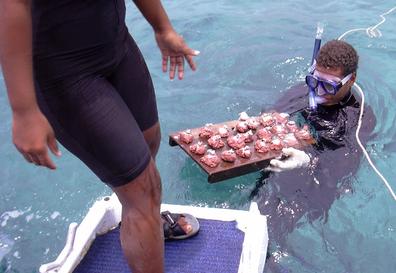 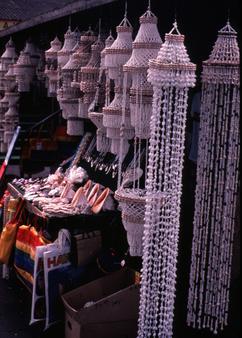 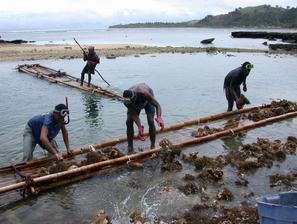 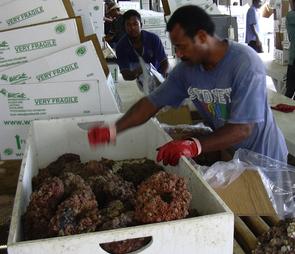 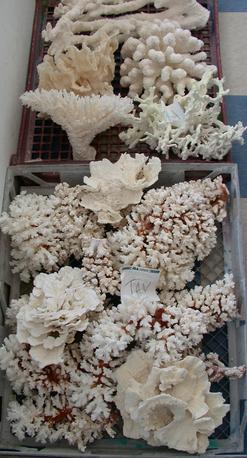 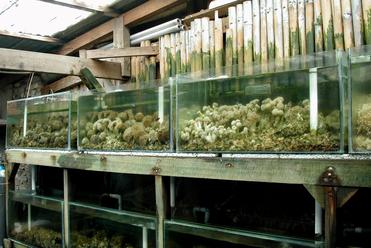 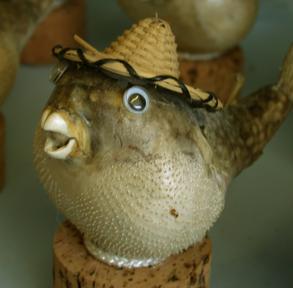 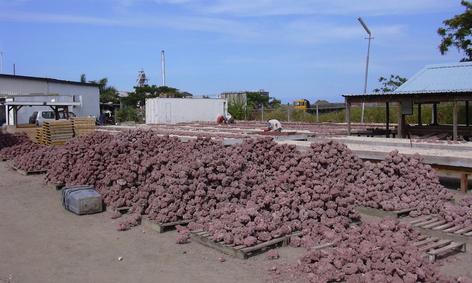 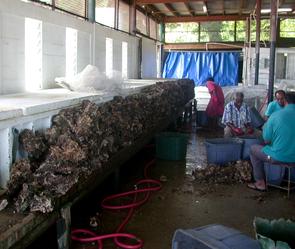 Damage from this trade is massive: 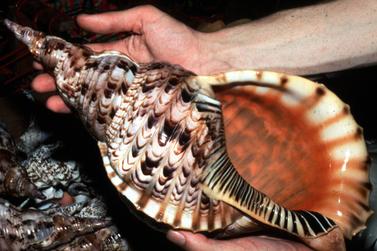 More than 1800 species of reef fish, 100s of stony corals and over 1000 other invertebrate species are harvested from the wild to supply hobbyists with animals for their reef tanks.   An additional 1.5 million kgs of reef rock (live rock) is removed from the framework of the reef using chisels and crow bars (top left).  Corals, molluscs, fish and other animals are also killed, dried, polished and sold to tourists as curios (center and bottom)

​Most aquaria organisms (over 70%) come from Indonesia and the Philippines, along with Fiji, Malaysia, PNG, Vanuatu and 40 other countries while the United States imports about 60% of the harvested animals

In Fiji, some of the live rock is manufactured from rubble collected along the shore and mixed with cement (left), and then incubated in shallow areas for about a year (right), before being packaged and exported. 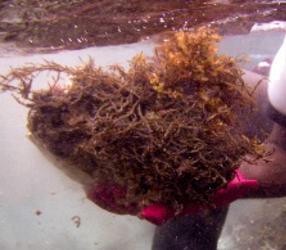 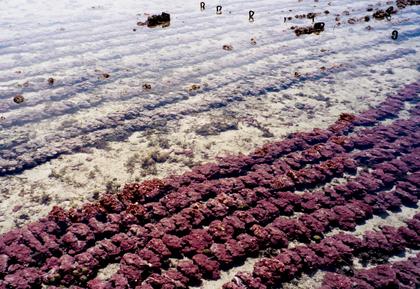